Students of the Ondo State University of Science and Technology (OSUSTECH), Okitipupa, Ondo state, on Monday upset scholarly and other administrative activities on the campus as they challenged what they depicted as crazy school charges presented by the management.


The protest came couple of days after that of Adekunle Ajasin University, Akungba-Akoko (AAUA), which constrained its management to shut down the institution and requested students to empty the campus premises. 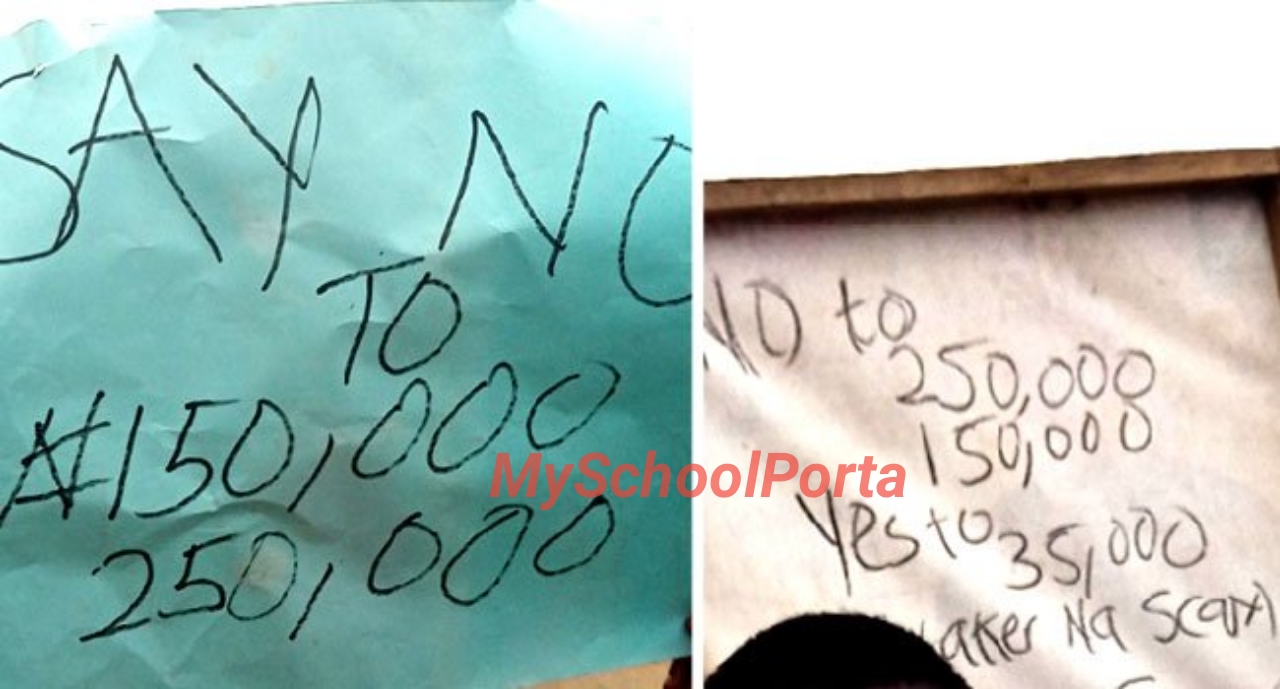 In response to the dissent, the authority of the institution shut down the school and requested that the students continue on fourteen day mid-semester break.

Amid the protest, it was assembled that the students, the greater part of whom were in 200 level, approached the school the management to agree to their requests.

One of the students stated: “We are protesting against the management because the school fees we are paying is too much.

“The management is saying we are paying the same amount we paid last year, hence the reason for the protest.”